As a writer/reader of post-apocalyptic, sci-fi thriller type of stories, observing the current pandemic has been … interesting.  Sociologists and psychologists will be picking this one apart for a while.  Hopefully we’ll all be “flattening the curve” sooner than later and this will become one of those life events we’ll regale our grandchildren with.

With hubby working from home now, I had to go into town earlier this week to restock some of our supplies.  Until then I had been somewhat buffered from the swarms of locusts that descended upon the toilet paper, milk, canned goods, etc.

I wound up going to various stores to find everything.  It’s one thing to see and read about all the empty shelves in stores.  Actually walking through aisles that induce me to imagine the wind blowing and crickets chirping is more profound.

One of the items on my list was peanut butter.  There is only one brand and variety I buy (one of the few things I’m persnickety about).  Only one store in town carries the large-size jar.  As fast as we go through peanut butter, I buy it all from that establishment because it’s more cost effective.

I also knew locusts would hoard peanut butter the same way they do tuna, canned peaches, and the like.

When I first turned down that aisle of that store, my heart fell.  More empty shelves.  But then I spied a small grouping of peanut butter jars amidst all the vacancy.  There was only one style available: crunchy.

Did I mention we eat only crunchy peanut butter in our household?

And there sat large jars of the brand and variety I buy.  It was like the clouds parted and sun rays beamed down and angels began singing.

Being a writer, I was spurred into philosophical contemplation about this incident.  We’re in the midst of “interesting times” that challenge us, but perhaps can also inspire us.  That jar of crunchy peanut butter became a beacon of hope to me.  Despite ill winds blowing, we can weather this event and come out stronger, and wiser, when it is finished.

People on the front lines (first responders, medical personnel, etc.) are doing all they can to help stem the pandemic.  I give those of you my gratitude and standing ovation.  I’ll keep in my prayers any folks, and their loved ones, who are dealing directly with COVID-19.  Help can come where many people least expect it.

For those of you who are Smashwords members, or would like to be, take note (and heart):  Today through April 20, 2020, contributors are participating in an Authors Give Back sale.  As stated on their site:

This sale is the direct result of several Smashwords authors requesting that Smashwords run a special sale.  These authors wanted to show their support to readers who now face unprecedented social isolation, anxiety and economic hardship as a result of the world response to the Covid-19 pandemic.

At first it was a no-brainer to offer the first two books of my End of an Age series for free, but then my brain kicked in and I thought long and hard about it.  Smashwords also had this to say:

THIS IS NO ORDINARY SALE:  Readers everywhere are going through great difficulty.  There’s the difficulty of social isolation as readers shelter in place at home.  There’s the real concern that one’s family or friends will be harmed by Covid-19.  There’s the economic hardship and uncertainty that touches everyone.  As you promote your participation in this special one-time sale, please do so with heart, compassion and sensitivity.  Before promoting your participation or a particular title, ask yourself, “How can my book(s) make a person’s day brighter?”

The End of an Age books are about a coronal mass ejection that crashes the electrical grid and the technology dependent upon it.  The storyline focuses on a young woman with a bioenergetic ability that makes her a target to a corrupt faction.  There is tribulation and death.

But there is also courage and hope.  Because I do want to reach out to readers, I’ve decided to offer these books for free.  But I do so with a caveat.  If nothing else, you’ve learned about this sale and can find many amazing offers.

If you’re not already a Smashwords member, signup is free.

Click on the link below to get started.  And stay safe! 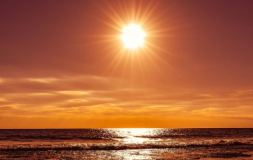 Colonel Quint was still deciding how annoyed to be as he strode into the recovery room.  Most of his soldiers were lying in rows in other rooms not meant to accommodate so many patients.  After the tortuous battle they’d been through, they deserved better.

But this IMP, this genetically modified interloper that … he had to admit … saved the day, got a room all to itself.  Before today it had been as much of an enemy to them as the cyborg troops they’d just vanquished.

He didn’t know why it aligned with his battalion and nearly got itself killed.  But the IMP remained mistrusted, so it was separated from the rest of the troops.  By the time night fell they relocated all the wounded to the hospital zone of their underground dwelling.  Far surpassing a subterranean castle, the multiple levels of their city branched in various directions for different purposes.

As he entered the room, his attention shot from the unwelcomed warrior reclining on the bed to Zeke, who sat on a chair beside it.  And he wasn’t holding a blaster.

“Why aren’t you guarding it?”  Quint’s annoyance increased.

Zeke returned the colonel’s gaze, his gray-streaked beard concealing nothing about his smirk.  “He can barely sit up, much less pick a fight.”

Quint still couldn’t understand why the combat chaplain started calling this so-called improved soldier he.  Sure, technically it was human, it looked like a man … but its DNA was altered.

“It could be trying to lull you into complacency.”

Zeke looked at the IMP.  “Am I complacent?”

Its brow furrowed, which was no surprise because Zeke was notoriously perplexing.  “I am unable to determine that aspect of your psychological status.”

Hearing it speak in a voice that was low and wavered caused Quint’s stomach to clench.  All the bandages wrapped around it made the IMP appear as though it might consider changing the meaning of its acronym from Intellectual Militant Prototype to Impostor Mummy Perpetrator.

“We don’t know how fast these things heal,” Quint growled.

The IMP regarded him with a steady gaze.  “My superior physiology does promote optimum recovery, but the extent of my injuries dictates a convalescence of several days.”

“I’m starting to enjoy listening to him talk.”  Zeke shrugged.

The door opened, and Kyla stepped into the room.  Gray strands in the physician’s hair hinted she was around Zeke’s age.  Her expression remained as determined as it was earlier today, when she tended wounded on the battlefield.

“Oh, I see you came to check on our little problem.”  She nodded to Quint.

He wished the problem was little.  Although the IMP had risked its life to save his battalion, Quint was unconvinced it wasn’t trying to gain their trust only to betray them later.  But he still had to do something with this thing.

“How soon until it’s on its feet?”

“Good question.  His wounds aren’t as critical as they are numerous.  But we can move him anytime you’d like.”

Great, now she was starting to call it he.  “The problem is I’m not sure where to move it.”

“I have a suggestion.”  Zeke’s gaze lingered on Kyla.  “Since our deuce will need medical attention for a while, I’ll volunteer to keep him.”

She pressed her lips together as the IMP frowned again.

“Your proposal is incongruous.”  It studied Zeke.  “You haven’t exhibited medical cultivation.”

“No, but since the doc here is my wife, she can monitor your recovery.”

From the way its frown deepened, Quint suspected it was a word that wasn’t prominent in its vocabulary.  His attention returned to Kyla.

“You agreed to this?” Quint asked.

Her eyes rolled.  “Yes, he’s already come to me with the can-we- keep-him question.  Zeke seems to think we can domesticate him.”  She locked her gaze on the IMP.  “If he gets too rambunctious, I can always sedate him.”

Her smirk matched her husband’s.  “Either.  But we need to call him something other than IMP71.  That’s too much of a mouthful.”

“IMP17.”  Its expression became quizzical as it regarded her.  “Only twenty-four of us were generated.”

“I’m not calling you that, either.”

Zeke leaned back in his chair.  “Mr. Popularity?”

The IMP redirected its attention to him.  “I prefer the other designation you’ve utilized.”

Quint savored more enjoyment than he should have upon seeing Zeke’s brow furrow for a change.

“You’ve referred to me several times as Deuce.  I will accept that appellation.”

Quint clamped his lips together to keep the rest of them from seeing him grin.  Okay, the last thing he expected was amusement, but he was starting to see why the chaplain had gotten intrigued by this IMP.  He cleared his throat before speaking.

“Do you know what deuce means?”

It studied him now.  “It is an archaic representation of the number two, usually in application to dice or playing cards.”

Zeke winked at him, which the IMP didn’t see because it was looking at Quint.  “Well, I admit that does sound appropriate for a gambling man like him, after all the chances he took switching to our side in this war.”

Quint wasn’t sure if changing from one little devil title to another qualified as an improvement, but he could understand how that gap also existed in its vocabulary.

Although he didn’t think Kyla deserved getting saddled with this IMP, Zeke did.  And if she was willing to undertake the task, they were the best people for the job.  The chaplain was an irritant, but he also possessed good judgment that Quint trusted … and hated to admit.

“Then it’s in your custody.”

He left the room less annoyed than when he entered, and also dared to harbor the hope this Deuce was on the level with them.  If so, it … or maybe he … could help them finally bring an end to a war that had raged for generations.

This month’s submission to #BlogBattle sort of brings us to the end of Act One in the serialization of these stories.  The word of the month this time is Castle.  Feel free to check out the website and see what other stories are submitted.

If you want to read the other stories associated with this novella in the works, click on the link to last month and you’ll discover the previous posts.  All in all, thanks for reading!